Shining a light on the importance of Earth Day, The Salus Project artists joined in on the worldwide festivities by exploring Earth conservation in their recent “Discarded Treasure” exhibition held  Thursday May 1, 2014 at the Ladder Gallery in the New Providence Community Centre.

The Salus Project, a student art production, was created by Dr Graham Cates, medical director at the Family Medicine Centre, and his wife, Nurse Anita Cates. The duo brought the concept to life for young artists to express themselves in all five areas of wellness: spiritual, financial, physical, emotional and social.

Yutavia George, Salus Project curator, said in “Discarded Treasure” they explored Earth conservation by highlighting the discovery element in the artistic process. With the exhibition, she said, they hoped to influence people to continue a social conversation on recycling.

“This exhibition considered the dependency of one’s judgment concerning unused or discarded materials. Recycling is not only a matter of using the same object in its original function, but recycling is also gaining the ability to use an object in a new function. The problem is how do you distinguish the parts to be saved? We believe that answer lies with our Bahamian people,” said Yutavia.

Instead of discarding an object or product, Yutavia said one can consider the possibilities of that product and investigate the parts which make up that object; parts which may be highly valuable if placed in a different function, context or perception. She said one of those groups in the Bahamian community that make use of dysfunctional products and some solid waste are the visual artists, as they collectively decided to extract this critical part of their working process to emphasise a solution.

Along with Yutavia, the “Discarded Treasure” participating artists include; assistant curator June Collie, members of The Salus Project, Leanne Russell, Tiffany Williams and Demie Ubani and Chris Symonette, who developed the title and theme of the exhibition.

“Most of the materials used in the exhibit were unwanted materials, such as wine corks, cardboard, old wood, and drift wood as well as unused car parts. We looked to find anything interesting that we could use to as foundation for creation. To find something interesting one must have a certain level of discernment to see a new function in a material that the object was not intended or created for; that also may transcend what the object was constructed for,” said Yutavia.

Yutavia said each artist elaborated on the topic of recycling in their own style. However, there are also a few collaborative works on display.

She said there is a limestone rock carving by Allan P Wallace, an industrial car part sculpture made by June Collie, a functional wine-cork lamp by Chris Symonette, installation works by her and Charlthorn Strachan, a driftwood sculpture from Tiffany Williams and a driftwood collage by Leanne Russell.

There are paintings and sculptures by Demie Ubani and Preston Hanna on recycled canvas.

Yutavia said the overall turnout was great for the exhibition and they received a lot of positive feedback.

The show will remain open for the next three weeks at the Ladder Gallery. 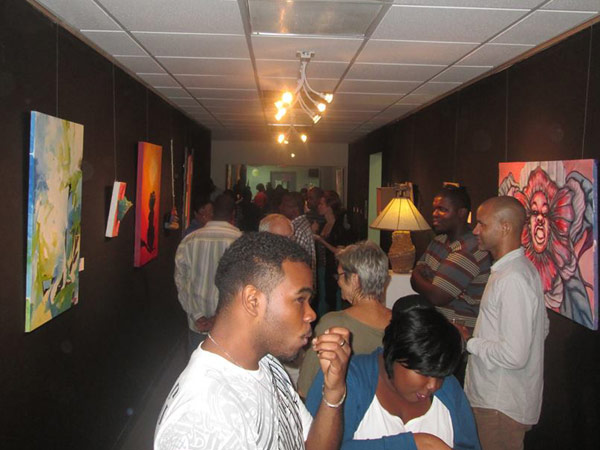 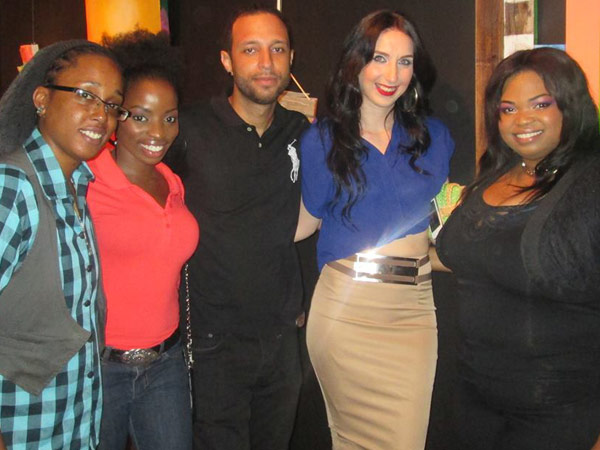