Perfect Feet The Movie Shines A Light On Diabetes 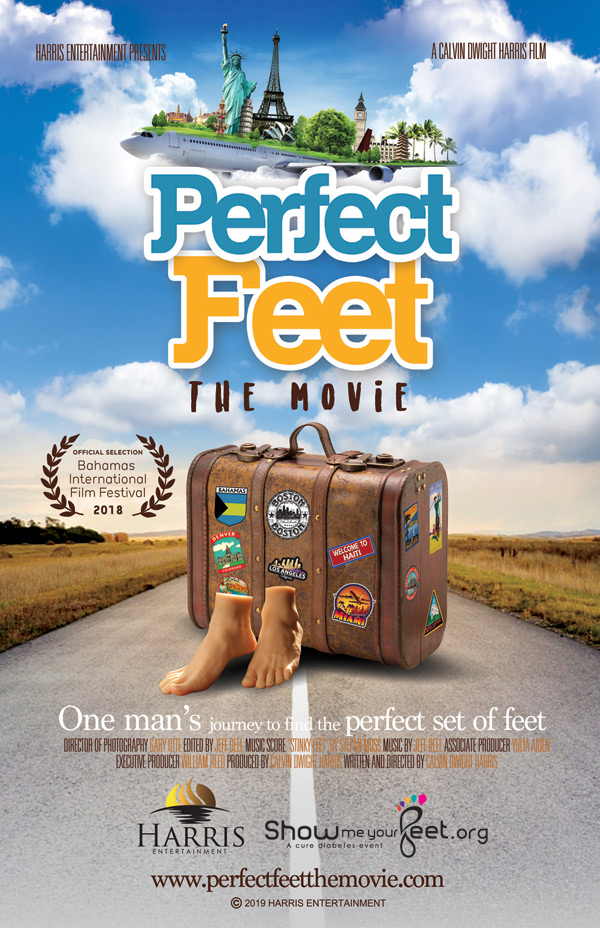 Perfect Feet the movie is a social movement film about one man’s journey to find the perfect set of feet. The film explores a variety of topics and also highlights diabetes, an issue that hits close to home for Bahamian filmmaker Calvin Dwight Harris.

Mr Harris said the concept of ‘Perfect Feet’ came from a both a personal fascination he has with feet, particularly women’s feet, and also the amount of resources people spend on maintaining their feet for either personal or professional purposes, for example athletes.

Diabetes is an issue that is close to Mr Harris’ heart, as he is a Type 2 diabetic and lost his brother to the disease in 2001.

“The reason I decided to highlight diabetes in my film was inspired by several factors. One of which involved Shawn Lester from Kansas, who is the co-owner of a salon called ‘Blondell’s’. Shawn’s mother passed away after having her foot amputated from diabetes. We wanted to tell this story to stress the importance of watching one’s blood sugar levels because one of the leading causes for someone having their foot amputated was from the effects of diabetes,” he said.

“I also know firsthand what diabetes can do to people who do not take care of their health. My eldest brother, Dennis Harris, passed away from this disease in 2001. He was only 51 years old. I am also a diabetic. I was first diagnosed in October 2009.

“It is a constant battle to maintain one’s health, but through the process of making this film I have learned the importance of watching my daily blood sugar levels and how this could one day impact my feet.”

“Hopefully some of the stories and testimonies that some of the interviewees were brave and courageous enough to share will serve as a benchmark for those persons out there that are curious about how to maintain their feet and also might have a fascination with feet.