Working Together Towards Hurricane Dorian Relief 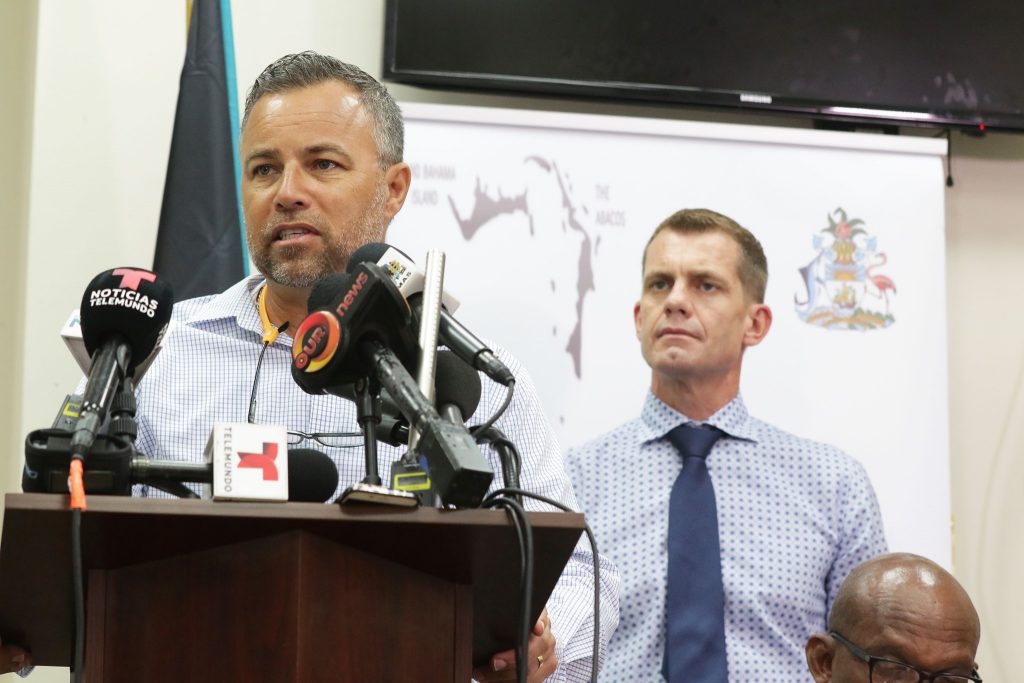 NEMA and NGOs in Partnership towards Hurricane Dorian Relief

A number of Non-Governmental Organizations are partnering with the National Emergency Management agency, NEMA in bringing relief to residents of Grand Bahama in the aftermath of Hurricane Dorian.

At a NEMA press conference on Tuesday, September 10, 2019 local NGOs such as Head Knowles, New Providence Community Church, Bahamas Gaming Operators Association, Hands for Hunger, Rotary, One Eleuthera Foundation, and the Bahamas Hotel and Tourism Association reported on their working relationship with NEMA, in ongoing efforts to bring some sense of normalcy to those communities that been affected by the storm.

Gina Knowles, founder of HeadKnowles said, “I feel like this time we’re working so much smoother with the government and proud to say we are bound to get our country together”.

She noted that the international communities are reaching out to HeadKnowles, fiscally, to increase humanitarian efforts.

“We do work directly with NEMA in trying to be a distribution point command center,” said Rev Matthew Sweeting of New Providence Community Church. There, donations are packaged, sorted and transported to other evacuation points throughout The Bahamas, he said, adding that NPCC has also provided fuel for boats and planes.

Barry Rassin, past president for Rotary International said, “I’m proud to be working with the government, with NEMA and other NGOs to make sure we are all coordinating our efforts going into the right direction to help people”.

He reported that Rotary International is transporting goods and medical supplies such as oxygen tanks for those in need in Grand Bahama. Additionally, members of Rotaract Freeport are using their water plant to hand out water, as well provide food there.

With thousands displaced in the aftermath of Hurricane Dorian, the Bahamas Gaming Operators Association (BGOA) in partnership with NEMA has built over 15,000 square feet of air-conditioned temporary tent housing to accommodate more than 800 hurricane victims.

“The tent city which we have built is an extension of the NEMA approved shelter at the Sir Kendal G.L. Isaacs gymnasium,” said BGOA chief executive officer Gershan Major. “We have fitted out the spaces with lighting, carpeting and flat screen televisions, operating on a 24-hour stand-by generator, along with portable bathroom facilities.

The Ministry of Social Services and Hands for Hunger are providing food daily, for evacuees in shelters, in further collaboration with hotels and restaurants to assist with food security, said executive director Kendria Ferguson.

Acting as public/private liaison of the Bahamas Hotel and Tourism Association, Suzanne Pattusch ensures effective and efficient operations for the long- term. The association helps funnel support from the sector into the public affairs.

NEMA and the local NGOs would like to encourage volunteerism and act as one voice, one response, many moving parts hoping to further relief efforts in Abaco and Grand Bahama.

—Lauren Seymour contributed to this article.