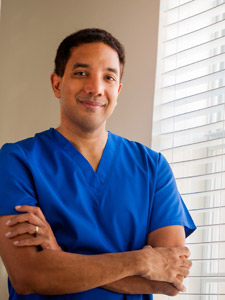 An alarming one in seven Bahamian adults has diabetes or is prediabetic.

Diabetes mellitus is a condition that leads to high levels of glucose in the body. The main source of energy for the body is derived from glucose. The pancreas gland produces the hormone insulin, that is responsible for moving glucose from the blood and into the cells of the body. Diabetics lack insulin or have insulin that is unable to function properly and this results in too much glucose remaining in the blood, which could lead to the damage of many organs.

Nearly half of diabetic men and women suffer from diabetic cystopathy, which is characterized by a poor bladder filling sensation, reduced ability of the bladder to contact and empty fully, increased bladder size and an increased volume of urine remaining in the bladder after attempts to empty completely.

Middle aged men or older often suffer from urinary symptoms such as straining, dribbling urine, weak urinary stream and increased day and night time urinary frequency and urgency which is often the result of the benign enlargement of their prostate, Bladder dysfunction in diabetic men can mimic or exacerbate these same symptoms that are seen in men with BPH Benign Prostate Hyperplasia.

Women who suffer from diabetes mellitus are unfortunately plagued far too often with recurrent urinary tract infections that could reduce the quality of their lives.

Many scientific studies have concluded that women in particular with type 2 diabetes have increased risk of symptomatic urinary tract infections.

For postmenopausal women with diabetes there is an almost two fold increased risk for urinary tract infections.

Diabetes mellitus is the most common cause of kidney failure.

Persistently high glucose levels in the blood can lead to damage to the kidneys, which is termed diabetic neuropathy.

Poorly controlled diabetes could cause injury to blood vessels in the kidneys, that could impair the kidney’s ability to function, which could lead to retention of water and salt and the build up of waste products.

Uncontrolled diabetes could damage nerves that could lead to incomplete bladder emptying and a subsequent back pressure on the kidneys that could result in kidney failure as well.

Well controlled diabetes mellitus and diabetes diagnosed early and treated appropriately could prevent the various complications of diabetes from occurring.

Many Bahamians are pre-diabetic and life style changes involving diet, exercise and weight loss could prevent the onset of diabetes mellitus.
Education is key in the effort to combat the scourge of poorly controlled and undiagnosed diabetes mellitus in the Bahamas.

Know your numbers.
Don’t become an unfortunate statistic of diabetes.

Dr Greggory Pinto is a Bahamian Urologist who has trained in South Africa, Germany, France and India. He is a member of the European Association of Urologists. Dr Pinto can be reached at Urology Care Bahamas at the Surgical Suite, Centreville Medical Centre, Collins Avenue and Sixth Terrace. Visit: www.urologycarebahamas.com