Why Bahamian Men Are At High Risk Of Prostate Cancer 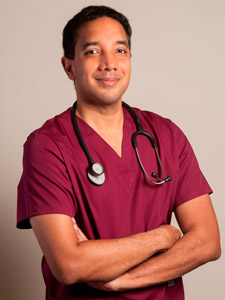 The prostate gland is a walnut-sized organ located underneath the bladder and its primary role is related to male fertility and aiding the sperm to fertilize the ovum.

Many Bahamian men are at a greater risk of developing prostate cancer due to their racial profile, genetics, overall high obesity rate and high alcohol intake.

Studies have shown that men who drank at least seven drinks per week between ages 15 to 49 years had a more than three-fold greater likelihood for developing high-grade prostate cancer than men who did not drink.

African ancestry is in itself a high risk factor for developing prostate cancer.

There is insufficient evidence to determine whether men of mixed race with a single African descended parent have the same risk profile of men with two parents of African ancestry.

The exact reason behind African descended men having all these greater risks related to prostate cancer is currently being extensively scientifically studied, but it is likely due to multiple contributing causes and not just one. Economic, social, environmental and cultural factors certainly play some role, but it is strongly believed that the disparity in prostate cancer amongst African male descendants is related to genetics.

Many Bahamian men are at a greater risk of developing prostate cancer due to their racial profile, genetics, overall high obesity rate and high alcohol intake.

Germline mutations in BRCA 1/2 and HOXB13 gene’s have been shown to have an increased associated risk in developing prostate cancer.

The University of Southern California Keck School of Medicine researchers are leading the charge into investigating the variables between men of African ancestry and prostate cancer. This research group has a $26.5 million grant to extensively study prostate cancer in Black men. The study is actively recruiting ten thousand African American men who have recently been diagnosed with prostate cancer.

The Keck School of Medicine researchers aim to gain insight into the genetic nature of aggressive prostate cancer and how genetic variants might interact with environmental and social factors in African American men who develop prostate cancer.

This understaging of prostate cancer during biopsies can be limited by the use of magnetic resonance imaging (MRI) of the prostate gland with special computer software that allows an urologist to fuse the MRI prostate images with the ultrasound and in real time do prostate biopsies that are directed at any suspicious lesions determined on the MRI.

Early diagnosis of prostate cancer has a 98 percent five year survival rate, even in men of African ancestry.

Therefore men of African ancestry older than 40 years old should definitely have an annual prostate specific antigen [PSA] blood test. Further PSA blood tests can be requested if necessary such as the PSA free to total ratio and the PSA density or PSA velocity may be calculated. The PSA blood test result can be elevated for reasons other than prostate cancer, such as an infection of the prostate, prostatitis or a very large benign prostate, and incomplete emptying of the bladder.

It must be emphasised that a large number of Bahamian men unfortunately have a very high risk for prostate cancer and they also have increased risk of developing a more aggressive form of prostate cancer and at an earlier age than their other racial counterparts.

Fortunately, early detection of prostate cancer has an excellent cure rate. Confirmed low-volume, low-grade prostate cancer can be actively surveilled if all the criteria are met. Active surveillance involves monitoring a patient until the prostate cancer upstages in volume or stage, then curative treatment can be employed.

Advanced prostate cancer could potentially lead to a prolonged painful death that may result in kidney failure, painful spread of prostate cancer to bones, paraplegia from spinal cord compression, secondary to prostate cancer metastasis and many other devastating complications.

The emotional, physical and financial toll of advanced prostate cancer can be profound. Patients and their families suffer together.

The key to a cure: early detection.

Seek the confidential and compassionate consult of an urologist and start annual routine PSA blood tests at the age of 40 years old.