Below The Belt – Male Urological Cancers 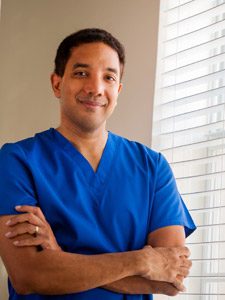 Penile cancer is relatively rare in developed countries, but in some it can represent as high as 20 percent of all male cancers. In the United States, according to the American Cancer Society, penile cancer affects one in 100,000 men. Prostate cancer has an incidence of one in seven American men in their lifetime.

Penile cancer is often unfortunately diagnosed at an advanced stage with poor survival outcomes. Many men are unaware that penile cancer exists, and they often ignore signs and symptoms due to embarrassment and fear.

What are the risk factors for penile cancer?

Circumcision significantly reduces the risk for penile cancer, and the rate of penile cancer in circumcised men is exceedingly low.

Human papilloma virus (HPV) exposure is a very strong risk factor in developing penile cancer, with 30 to 50 percent of penile cancer patients being positive for HPV.

The inner surface of the male penile foreskin has receptors that greatly enhance the transmission of all sexually transmitted diseases including HPV and human immunodeficiency virus (HIV).

A recent systematic review of 81 scientific published studies determined that circumcision was an important tool in reducing a woman’s risk for developing cervical cancer, HPV, bacterial vaginosis and the sexually transmitted disease Trichomonas vaginalis. The evidence for circumcisions being effective in reducing syphilis and chlamydia is mixed but promising, but there is no evidence that it reduces gonorrhea transmission.

HPV vaccines are readily available to males and females and they lower the risk of acquiring certain types of HPV.

Age is a risk factor

The majority of men who developed penile cancer are over the age of 60 and are uncircumcised. Young men rarely develop penile cancer.

Signs and symptoms of penile cancer

Penile cancer may present as painless penile warts or lesions. The lesions may appear as red flat lesions of the head of the penis or anywhere along the shaft or penile foreskin. Infected lesions or non-healing ulcers associated with sexually transmitted diseases may be painful. Advanced penile cancer could lead to groin masses and metastatic spread throughout the body and often urinary obstruction due to invasion of the urethra.

Signs and symptoms of penile cancer may also include a foul-smelling penile discharge, thickening of the penile skin, bleeding from beneath the foreskin, penile skin changes and blue-brown penile growths.

Phimosis is a risk factor

Phimosis is the inability to fully retract the penile foreskin. Men with phimosis usually present with a tight band of foreskin around the glans/head of the penis.

Sadly, many penile cancers are advanced at the time of presentation and require a partial amputation of complete penectomy amputation of the penis.

Confirmation of penile cancer is first made by having a surgical biopsy.

Very early diagnosed penile cancer may be treated by laser therapy, cryotherapy involving freezing off the penile cancer, use of topical chemotherapy agents or Moh’s surgery, which is removal of the affected area of penile skin.

A total penectomy requires the creation of a perineal urethrostomy, an opening in the urethra to pee in the perineum, which is the area located between the anus and the scrotal sac. A neo-phallus may be created in an extensive surgical procedure, creating a new penis often from the muscles of the forearm.

The five-year survival rate for advanced Stage 4 penile cancer is only 11 percent.

Any changes in the appearance or feel of the penis, should warrant urgent urologist attention.

A man is never too old for a circumcision, which is a relatively quick outpatient procedure with minimal to no recovery time required and there are multiple potential health benefits to having a circumcision.

It is, however, the most common cancer found in men between the ages of 15 and 40 years old, when few expect to be afflicted by cancer.

The average age at diagnosis is 33 years old.

Studies have shown however that men of African ancestry usually present for treatment at a more advanced stage than their Caucasian male counterparts.

Almost all testicular cancers originate in the germ cells.

There are two main types of germ cell tumours, seminomas and non-seminomas.

Seminomas have an excellent prognosis for cure and there is no poor prognosis even when there is advanced spread of the seminoma cancer throughout the body.

Testicular tumours may have a non-seminoma and seminoma component, mixed germ cell tumours and they are treated as non-seminomas.

Seminomas are more sensitive to radiation.

Rarer forms of testicular cancer include lymphomas, rhabdomyosarcomas or even rarer metastatic spread from another primary cancer.

As with all cancers, early diagnosis leads better cure rates. Most germ cell testicular tumours have a 99 percent five-year survival rate when diagnosed at an early stage.

Fear, embarrassment or at times ignorance often leads men to hide or ignore signs of a testicular cancer.

Men often mistake early signs of testicular cancer with a wrongly self-diagnosed sexually transmitted disease and there is often a prolonged delay in seeking the attention of a urologist.

Ninety percent of testicular cancers are painless and usually present as a pea or marble sized small mass in one or rarely both testicles. Men with testicular cancer often experience a vague heaviness on the affected side of their testicle or an increase in fluid around the affected testicle and they may have breast enlargement or pain. Advanced prostate cancers may present with abdominal pain or back pain, possible enlarged lymph nodes in the neck and lung metastasis that could present with shortness of breath, cough, or chest pain.

Early diagnosis of testicular cancer does not require regular visits to your urologist or routine screening blood tests; it simply involves men doing self-exams, in the shower for example, once a month.

If a man detects an abnormality, then promptly seek the confidential opinion of a urologist.

How to do a testicular self-exam

Take hold of your testicle between your thumbs and forefingers and then gently roll it, feeling for lumps and masses. Then repeat the process for the other side. In the shower the warmth and humidity relax your scrotum and makes the process easier.

Any change in size, consistency, texture of the testicle or if lumps or masses are felt, should initiate a prompt visit to a urologist.

A urologist would start with a thorough history then a physical exam and imaging of the testicles with an ultrasound may be ordered with a staging CT scan or MRI scan.

Do not let fear, embarrassment or misconceptions prevent you or a male that you love being diagnosed with advanced testicular cancer or advanced penile cancer.

Monthly self-exams of the testicles and periodic self-exams of the penis are the key, along with the willingness to seek immediate confidential and compassionate urology care when any concerns present themselves.

• Dr Greggory Pinto is a board certified Bahamian urologist and laparoscopic surgeon.

Due to the weather conditions as a result of Subtropical Storm Nicole Family Medicine Center clinic [...]

After reviewing the information provided by the Department of Meteorology, we feel it is safe to re-[...]